I recently had a reminder of the natural healing ability of the human body.  While on vacation I got a wound on my ankle from my hiking boots.  It first felt like simple irritation from shoes I haven’t worn for a while.  I wore good socks and made sure the shoe didn’t rub.  But after about three days I couldn’t ignore it any longer.  It really hurt.  I thought, “What the heck, what is going on here?”  I looked and saw a small open sore.  I decided to put antibiotic ointment and a band-aid over it.  Now the shoe couldn’t make it worse and the wound shouldn’t get infected.  But not only did it not get better, it got worse.  The redness spread and part of it began to itch and burn.  Hmm… I thought maybe I had gotten some poison ivy or other plant material in there and was reacting to it.  If so a steroid cream could help.  I tried that but there was still no improvement.  Now what?

I took a picture of it and texted it to a colleague.  This is how it looked on day three:

Any thoughts I asked?  This is getting worse instead of better no matter what I try.

Without knowing the acute nature of it he thought perhaps it required a biopsy to rule out a skin cancer.  But after he was told it was acute and probably from trauma his advice was, “let it heal. prob ok.”

I took his advice.  I decided that I would clean it with soap and water, let it dry, and put nothing more on it except to protect it from further trauma with a band-aid.  The next day it didn’t feel a lot different but it wasn’t worse either.  After another two days the itching and redness had noticeably decreased.  I started feeling confident that it would be fine. 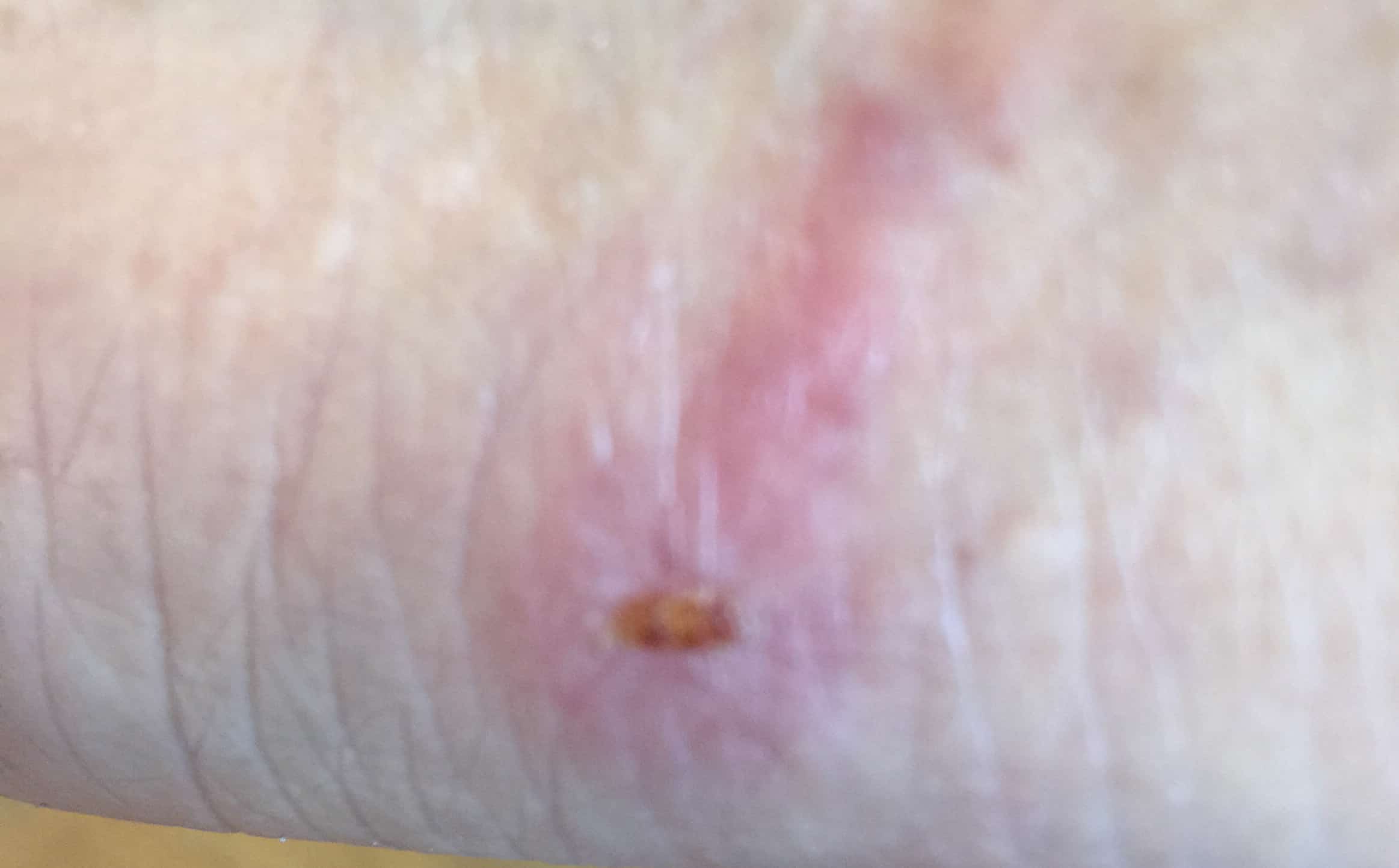 At day six it was scabbed over.  It wasn’t looking terribly different than the day before but the size of the red area was shrinking and the itching was totally gone.

I continued to protect it from re-injury with a band-aid.  Another five days later, at day 11, I had to remind myself to take a photo to document the progression of healing. 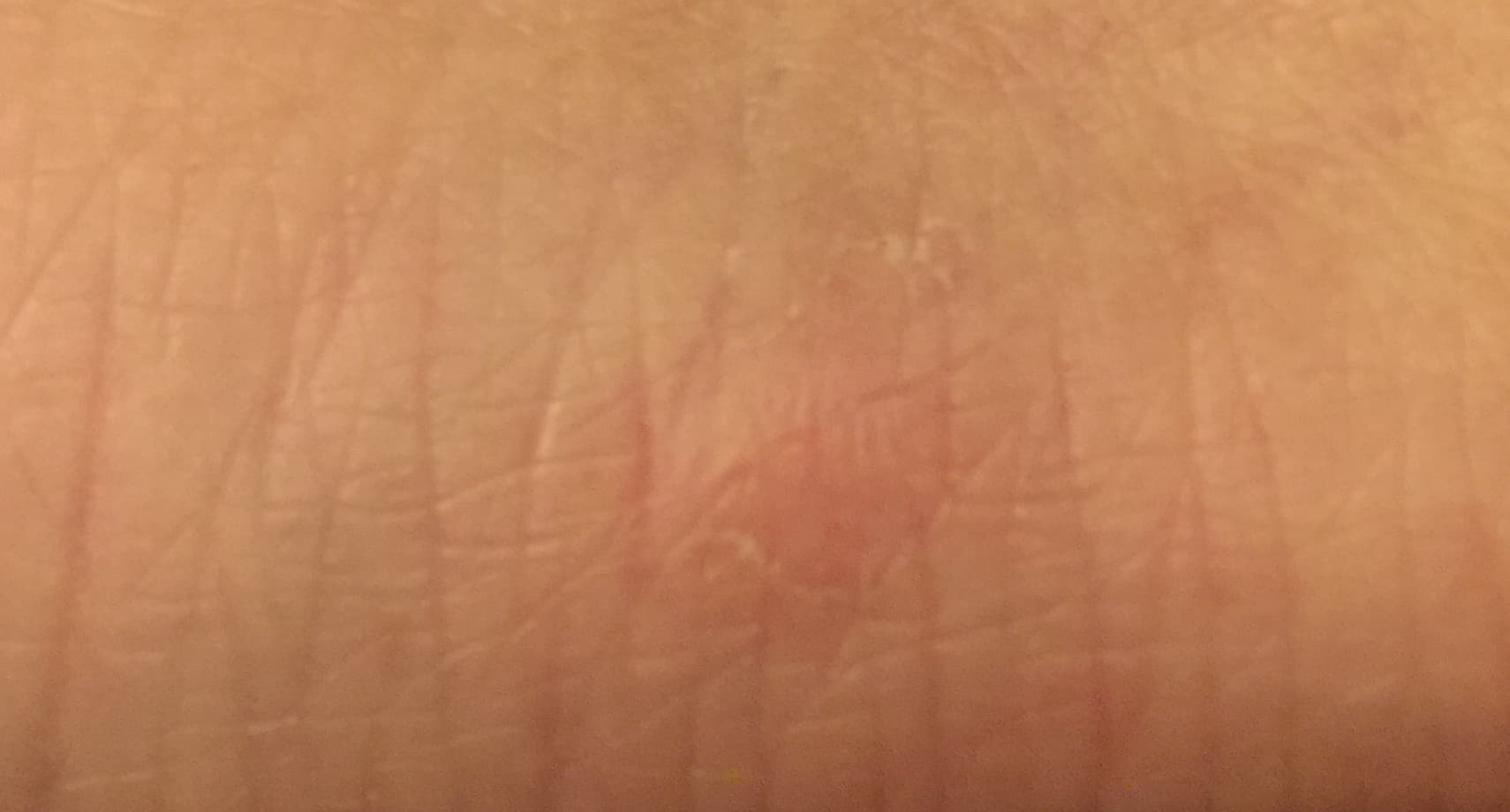 The only “treatment” that worked was soap, water, and protection from further injury.  The antibiotic ointment and steroid cream not only didn’t help, they made it worse.  My body did the job itself.  Just keeping it clean was all it took.

Safe fun in the Sun